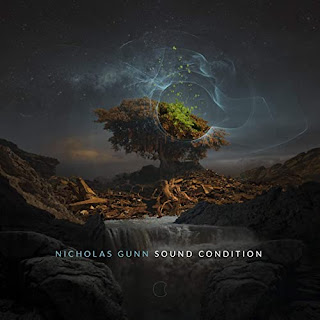 UK native and veteran composer, producer, arranger and music engineer, Nicholas Gunn, returns with his hotly anticipated third album in the Balearic chill/ambient-trance genre titled Sound Condition. With a professional recording career spanning several decades, Gunn became a household name in the new age/world music scene during the early 1990s, having since evolved and progressed through a myriad of sensuous soundscapes on his many solo and collaborative recordings over the years.

An immediately striking element that sets Sound Condition somewhat apart from Gunn’s prior two chill-out albums is the return of his enchanting flute melodies that became a defining signature hallmark of global fusion albums such as the American Southwest themed Music of the Grand Canyon and the Latin extravaganza Thirty-One Nights. With Sound Condition, Gunn has perfectly re-integrated this old familiar friend into the framework of the ultra-chilled vocal trance stylings (courtesy again of Alina Renae) and sequenced synth-patterns of his newfound musical motifs.

A sensual “Unfolding” introduces the first track, which combines haunting flute and subtle guitar with drifting piano figures. A gradual build-up of hi-hats and trance-loops impart an emotional tension amidst a spacious breath of underlying calm, like deep still waters concealed beneath raging tides.

A euphoric aesthesis descends upon “Shine” which employs encircling piano drops and electric guitar shimmers amid a churning ocean rhythm, effectively evoking a sunny paradise island with birds soaring above the seascape.

Edging up the pace ever slightly more is “Angels”, wherein the familiar vocals of Alina Renae lend their lyrical sultriness to yet another Balearic chill anthem.

Dipping back into a more nocturnal pensive mood, the instrumental title track, “Sound Condition”, slowly rises and falls throughout to a gently cruising pace. Continuing along this vibe while also circling us back to the opening track is the sensually sacred “My Body is a Temple”, one of my favorite pieces on the album. Drifting along a floating dreamscape, the familiar flute returns along with emotive piano and guitar figures, as a stirring sense of passion that’s been seemingly restrained begins to emerge like a flame from a nighttime fog.

Alina returns for the urban-tinged “Broken”, a downtempo clubby track that imparts feelings of longing while lounging to the groove.

“Language” speaks to us in the form of chill-trance waves of intermediary calm and swirling synth blasts. Easing right into the intimate space of “Just Us”, Alina lends a soulful melody to an atmospheric haze.

Continuing with the “Flow”, this mysterious flute-led piece is another favorite of mine wherein crystalline textures illuminate a watery environ like a bioluminescent tide under starlit skies.

Closing out the album with Alina’s final vocal performance, “The Promise” strikes a perfect balance between celebration and serenity.

“Music gives life to everything” as Nicholas Gunn says, and Sound Condition perfectly exemplifies all that music has to offer to the senses, emotions, and boundless imagination. Having spent the earlier part of this year and the summer by Atlantic-Mediterranean shores, likewise the album’s sonic brilliance beckons us like the irresistible call of the sea! 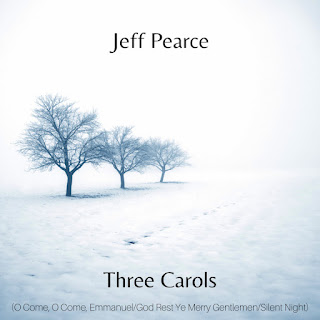