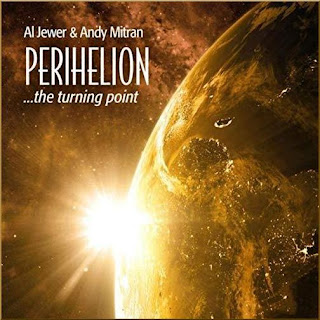 Al Jewer and Andy Mitran are a supremely talented multi-instrumental duo who’ve released a handful albums over the past several years. Having first heard their incredible music via their 2011 landmark album Music of the Earth, I’ve not only followed their work ever since, but have enjoyed witnessing both the musical evolution and stylistic progression over the course of their artistic careers. Likewise, I recently had the pleasure of interviewing Jewer and Mitran, as they shared deeper insight into their work and specifically their latest album entitled Perihelion, which is named after an astronomical point when our earth is closest to the sun during its yearly orbit. For the duo, perihelion also signifies the “burning off of artifice and unconsciousness”, noting its metaphorical parallel to a process of enlightenment.

Resulting in a congruous melding of the traditional and old-world with the contemporary and technological, the overall sound feels both earthy and grounded yet dreamlike and transcendental.

Listeners familiar with Erik Scott’s work will immediately recognize his signature bass licks on the opening “Gathering Heart”, a rhythmic and lively piece which effectively signals the starting point of an exciting journey ahead. My absolute favorite piece herein is the more ethno-ambient styled “Awakening”, which employs beautifully hypnotic poly-rhythms consisting of bells, hang, djembes and talking drum. Further topping it off is Peter Phippen on Shakuhachi, a Japanese flute accompanied here by other woodwind instruments. A warmly shimmering piece that I simply never tire of, this one always makes me think of being on an exotic safari and watching the sun set through the trees. The aptly-named “Full Circle” serves as a mesmerizing closure to the album, and also symbolically marks the earth’s completion of its journey around the sun. Intentionally meditative, both Native-style and silver flutes gently lead the piece in tandem with soothing violin amid beautiful bell-tones and electro-atmospherics of which seemingly convey misty twilight imagery.

Notably echoing aspects of the duo’s previous Transmigration and Two Trees albums, their lush soundscapes often paint mental images of either Southwest American deserts or African jungles and wildlife, depending on the piece. Likewise accompanied by stunning cover and inlay artwork depicting earth-space photographs, the album’s images further help to convey an appreciation of nature, culture and human potential that’s seemingly reflected in these pristine musical environments. Another outstanding effort from Al Jewer and Andy Mitran, Perihelion is guaranteed to find much appeal, especially, among many fans of both ambient and world music! ~Candice Michelle

For more information please visit the artist's website. This album is also available on Amazon, iTunes, and other music retailer & streaming platforms.
on January 29, 2019 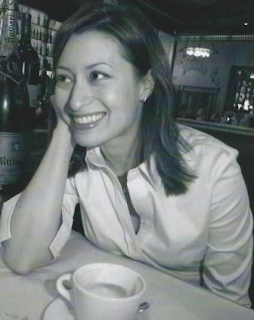 We’re excited to present an audio interview with Chicago-based composer Lena Natalia. Possessing a signature sound and style that could be described as ‘minimalist classical meets ambient piano’, she released her fifth album last year titled Lonely Satellite, which was named one of the top 25 albums of 2018 on Journeyscapes. In this segment, we’ll learn more about Lena Natalia, as well as her inspiration for Lonely Satellite. So please tune-in for a casual yet insightful conversation about music, the moon, and her muse!