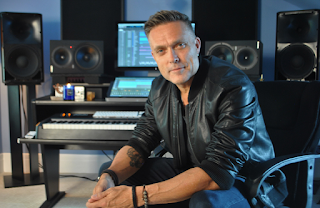 We’re honored to present an audio interview with the legendary Nicholas Gunn, where we’ll be discussing his new album entitled Riding the Thermals. He initially rose to prominence in the early 1990’s with his unique brand of Southwest American-flavored world music and landmark albums like The Sacred Fire and Music of the Grand Canyon. He later founded Gemini Sun Records which released notable works by other trailblazing artists such as David Arkenstone and Johannes Linstead.

More recently, Nicholas Gunn signed with the dance music label giant Armada Music as his trance music act name Limelght. Released under his own name, his latest album, Riding the Thermals, is a sultry chill-out offering of ambient trance music. So please tune-in for some insightful conversation and a taste of musical paradise! 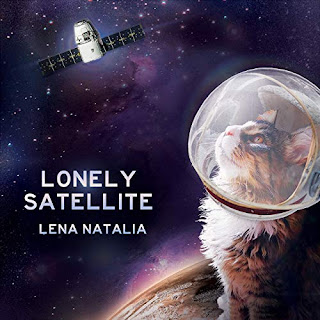 Lena Natalia is a Chicago-based pianist and composer who initially captured my attention a couple of years ago with her second album entitled Rendezvous in Paris (and follow-up to her debut release, Sundays in Paris). What especially drew me to Lena’s music was her unique brand of ambient-piano and classical minimalism that intriguingly sets her apart from a plethora of comparatively more “contemporary” and “new age” defined piano albums that I’ve heard over the past few years. Comprised of 15 compositions spanning 42 minutes – with all but one piece clocking in at under 4 minutes – Lena’s latest album titled Lonely Satellite further expounds on the subtle direction of last year’s release, Almost Home, with its uniquely processed effects applied to her piano. Utterly transforming Lena's otherwise solo instrumental pieces into duskily atmospheric, multi-tonal soundscapes, I find her compositions deeply affecting and often wistful with an air of reminiscent longing.

From the opening piece, “Ballerina at Night”, we’re met with an instantly memorable melody and Lena’s now-familiar style of interlocking piano figures. One of my favorites, “Munich Train 7H04”, is a shining example of Lena’s ability to imbue her compositions with a sense of haunting nostalgia. Here, as with other pieces, she achieves that by applying an echoing, reverberating effect and underlying rhythmic pulse. On “Lonely Satellite”, mellifluously cascading piano notes seemingly fall all around like raindrops onto an encircling puddle of water – making this an exemplary classical ambient piece of supreme beauty and coy elegance.

Overall keeping in line with a more minimalistic approach, Lena’s music isn’t noted by particularly overt crescendos or musical peaks throughout. Rather, her generally understated yet undeniably intricate compositions tend to beguilingly shimmer like filtered light beneath a watery surface. A musical genius in the realm of modern piano music, I expect Lena Natalia’s star will continue to rise ever-further in its sky! ~Candice Michelle

For more information please visit the artist's website. This album is also available at Amazon, Bandcamp and other retail & streaming platforms.
on February 02, 2019