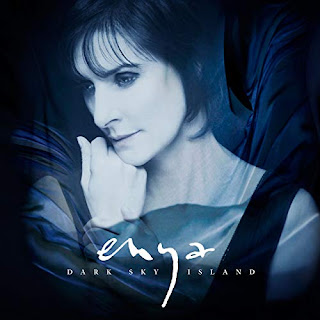 Following a seven year hiatus since her 2008 album, And Winter Came, Enya returns with the long-waited, Dark Sky Island, which is named after the island of Sark in the English channel where the absence of light pollution allows for naked-eye astronomy. As if to pick up where she left off twenty years prior, I can honestly say this is easily the best album the beloved Irish singer has put forth since The Memory of Trees. In fact, it’s a rather stunning return to the formulaic sounds and concepts of her most seminal works, Watermark and Shepherd Moons, yet it’s also freshly modern and musically evolved. The many shades of mystique are back, conveying a perfect balance of light and shadow, as are the lush orchestrations, enveloping, cathedral-like atmospheres, and Enya’s ever-captivating multi-layered vocals, each having been recorded separately and then stacked upon another to mimic a choir of hundreds.

Powerful, energetic songs with marching rhythms and soaring choirs like those on the “The Humming” and “Even in the Shadows”, contrast with more tender, melancholy pieces like “I Could Never Say Goodbye” and “Dark Sky Island”. Themes of lost love often revisit the album, conveyed by poetically beautiful lyrics that are wrapped in enchantment and innocent wonder. Favorite songs include “So I Could Find My Way Home,” a piece dedicated to producer Nicky Ryan’s late mother. Reverent and hymn-like, this deeply touching song could tug at the heartstrings of even the least sentimental listener. The more buoyant and sparkly, “Sancta Maria”, is another particular favorite that is led by a harpsichord and heavenly choir. Also equally notable is the distinctly Celtic-flavored “The Loxian Gates", which Enya sings in Loxian - an elvish-like language and alphabet created by lyricist Roma Ryan. Majestic and magical sounding, it brings to mind images of scenic Ireland, its pastoral lands and ancient castles. “Pale Grass Blue” is one of three bonus tracks included on the deluxe version of the album and makes getting this edition worth it alone. A moderately-paced tune that is highly reminiscent of Enya’s classic hit, “Caribbean Blue”, it features one of the most lovely, haunting melodies on the album, which seems to convey the passing of time, changing seasons and colorful leaves dancing in the wind.

There is simply little doubt that Enya is the gold standard when it comes to ethereal perfection, and although I felt her later efforts overall lacked the magic of her earlier works, I am pleased to say that Dark Sky Island is undoubtedly classic Enya in every sense. While immersed in these spellbinding compositions, I was reminded at every twist and turn why I originally fell in love with her music once upon a time. ~Candice Michelle

For more information please visit the artist's website. This album is also available at Amazon and iTunes.
on March 08, 2016 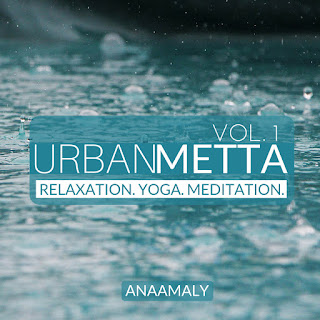 Urban Metta, Vol. 1 is the debut album by Anaamaly (pronounced “uh-nom-uh-lee), the alias of electronic music composer Phil Strickland. Featuring eleven tracks that are titled after different affirmations, it is a deeply relaxing electronic album with many organic elements. Peaceful, subtle melodies drift in and out over a bed of droning bass lines, washes of synths, and many unidentifiable or muted sounds throughout that seem to mimic nature. A notable feature of the compositions is its balanced incorporation of lower musical tones, which lends to an overall more grounded feel, whereas a lot of new age or ‘spa’ music is largely dominated by higher musical tones that can often result in an overly saccharine sound. This pleasing quality may be due to Phil Strickland’s musical background in chillout, downtempo and instrumental hip-hop.

Conveyed throughout the album is a feeling of being submerged in a watery abode, as rays of light peer through obscurity. Lots of subtle, intricate textures move about in a relatively compact space, as opposed to an expanse or open terrain, and the compositions seem to explore inner rather than outer worlds. Favorite tracks include “I Walk Through Fire”, with its slow transitions of contrasting crystalline textures and distorted effects; the lighter, more gossamer “I Embrace All Wisdom”; and “I Love Unconditionally”, with its sparse, gurgled melody and voice-like effects throughout. The closing track, “I Am Healed on All Levels”, is appropriately, also the brightest piece, as if the listener is rising to the surface while being imbued with a sense of hope and lightness.

Although Urban Metta, Vol 1 is certainly recommended for relaxation and spa therapies, it boasts enough aural intricacies to serve as an equally rewarding listening experience on headphones. I look forward to hearing other outputs from this diverse musical composer, including what will presumably be a second installment of the Urban Metta experience. ~Candice Michelle

Available from Bandcamp, Amazon and other music retailer & streaming platforms.
on March 07, 2016 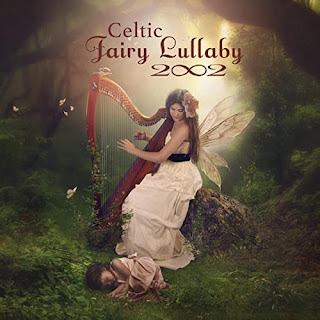 Celtic Fairy Lullaby is the follow-up to 2002’s landmark album Trail of Dreams, and once again showcases the angelic voice of Sarah Copus (daughter of 2002 husband and wife team Randy and Pamela Copus). While many listeners could easily mistake this for Enya, 2002 have their own signature sound, although similarities to the Irish singer are probably more pronounced than ever given the Celtic bent of this album, with lyrics sung in Gaelic, Welsh and English. Pure magnificent beauty seems to be the primary objective of 2002’s music, for every track on the album sparkles and shines. A pristine arrangement of both electronic and acoustic instruments is present here, with Randy on keyboards, piano, bass and guitar, and Pamela on flute and harp. Sarah provides both lead and back-up vocals as well as additional harp.

The old Irish lullaby “Seoithín Seo Hó / Gartan Mother’s Lullaby” opens the album like the soundtrack to a fairytale, with chorale washes, sweeping chimes and a cinematic quality that defines much of the music throughout. The overall sound is at once light and sweet yet richly majestic. “Cariad”, meaning “darling” in Welsh, is a beautiful ballad as well as perhaps my favorite song on the album. Led by gentle harp and vocals that are complimented by exquisite harmonizing, the piece conveys a hazy, mysterious quality. Two instrumental tracks are present on the album, of which include “Éamonn an Chnoic”, a piece based on a Robin Hood type figure of Irish history, along with the soothingly tranquil “My Singing Bird”. The album perfectly concludes with a traditional Irish song sung on May Day titled “Thugamar Féin an Samhradh Linn”, albeit presented in 2002’s signature style, of course.


Celtic Fairy Lullaby just might be 2002’s most impressive accomplishment to date. While even the most ethereal of Celtic music tends to retain a certain folksy, earthy quality, 2002 essentially stays in their airier element while lulling its listeners into a magical, dreamlike world of beauty and innocence. ~Candice Michelle

Available at Amazon and other retail & streaming platforms. For more information please visit the artist's website.
on March 03, 2016