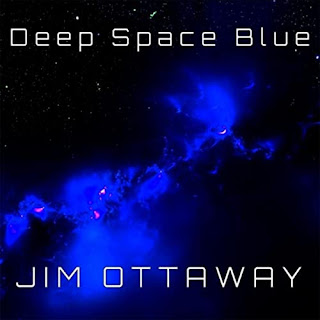 Deep Space Blue is the latest album from Jim Ottaway, an electronic music composer based in Gold Coast, Australia. Having released several albums in the ambient, space and electronica genres, Deep Space Blue is a classic ambient-space recording much in the style of Jim’s early 2016 album, Southern Cross, with the two albums being separated by a late 2016 release of dynamic electronic music called Timeless e-Motion. By the time that album was released, I sensed that Jim was well on his way to achieving much greater recognition among the electronic-space music scene and my instincts were proven right; he has since received notable airplay in the U.S. on terrestrial radio programs such as Star’s End, Echoes and Hearts of Space. On Deep Space Blue (which is comprised of six compositions spanning an hour in total), Jim crafts and shapes his illustrious cosmic soundscapes using a plethora of top-notch electronic musical equipment to achieve a highly dimensional and realistic-seeming sonic experience.

Opening the album is the nebulous “Astral Voices” – a drifty and subtly melodic composition characterized by shimmering soundwaves and ethereal vocal intonations. “In Search of the Lost Star” follows next – a contemplative and immersive piece comprised of undulating textures and a free-floating semblance that seemingly carries the listener throughout space in slow-motion. Spanning at over eleven minutes, “39.5 Light Years (Trappist -1)” effectively conveys a notion of traversing unfathomable distances across the cosmos – its underlying rhythmic current highlighting synthesized vocal tones and creaking sound effects evoking the cold vastness of space. Imbued with a touch of Kevin Braheny’s classic Galaxies album, “Stars of Ice” is the perfect piece for winter stargazing – its glistening icicles and foreboding drones seemingly conjuring images of an ice palace located somewhere in the abode of an alien world. The title track, “Deep Space Blue”, is a comparatively more digitally dynamic piece that conveys a feeling of interstellar space-travel and zipping through wormholes. Concluding the album is the nearly 16 ½ minute long “Interplanetary Panspermia” – a darkly retro-futuristic piece of resonating deep space signals and spooky sci-fi effects that effectively convey an extraterrestrial presence.

A mesmerizing cosmic voyage from beginning to end, Deep Space Blue is definitive ambient-space music that plays out like the perfect soundtrack to a sci-fi movie or astronomy documentary. Certain to appeal to listeners who enjoy the many classic space music works by artists such as Jonn Serrie and Kevin Braheny, this fantastic album marks another “stellar” win for Jim Ottaway! ~Candice Michelle 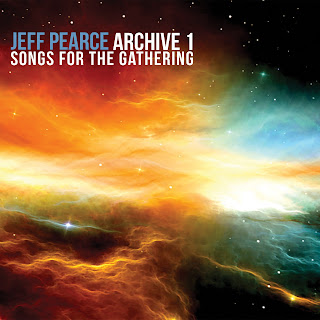