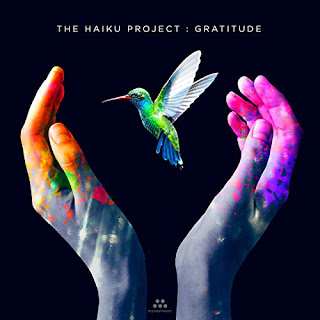 The Haiku Project is the creation of Henrik Hytteballe, a versatile artist (musician and painter) from Denmark who has composed music for theater, short film, and television. Henrik studied piano at the Alternative Rhythm Conservatory in Copenhagen. He also played in various rock bands in the 1980’s.

Surviving a near fatal traffic accident in 2001 inspired Henrik to start Haiku in 2004, and to release his first album Haiku in 2006 fusing ambient and rock, with a thematic emphasis on facing life’s difficult challenges with renewed hope and courage. Haiku is a form of poetry in the Japanese tradition which Henrik was especially attracted to because of its natural poetic qualities of beauty and simplicity.

Since then, Henrik has produced and released 8 albums in the Haiku series with the last four under “The Haiku Project“ name which are categorically in the ambient/electronic/new age chill genre. The music of Haiku underscores the natural world and all its beauty, grandeur and serenity, and our appreciation of such. The Haiku Project series have been warmly received by many around the globe including, but not limited to, practitioners of the healing and spirituality arts such as yoga and meditation.

In the latest album by The Haiku Project, Gratitude, Henrik’s piano illustrations are again complemented by Olav Madsen’s guitar, with Canberk Ulas sharing talents on the Duduk, and Christophe Luciani on the cello. Synthesizer and electronic beats are skillfully mixed to create a very solid, coalesced musical experience. I enjoyed all the tracks on this album.

Deep intense guitar work and melody in “Choices” introduces us to the first track which seems to deliberately emphasize the importance of choices we make that mark our life’s path and destiny and sets the canvas for the rest of the album.

Duduk and Cello take center stage in “Before Sunset” supported by delicate piano and synth interludes amidst a backdrop of electronic beat and rhythms. A perfect soundtrack for a twilight meditation as one begins to unwind from the receding day.

A hauntingly melancholic guitar in “Another Spring” (my favorite) sweeps you into the season of new beginnings which the Spring season symbolizes for many; another chance to begin again. This lovely piece with its somatic chill-out sensation reminds me a bit of Chicane’s “Offshore" from their album Far From the Maddening Crowds.

“I Receive” with its chilled, resonant piano and guitar, heavenly aura and rhythm crescendo is alluring, while “Rivendell” and “Wide Open Spaces” tell their own stories in pretty and expansive landscapes blanketed in deep, intense melodies and determined pace.

“My Life” dazzles with crystal-clear piano and synth strings and bells in background. Its poignant title urges the listener to pause and reflect on life’s journey. The cello adds a beautiful mystique to this piece.

The clock-like rhythm and melody in “Hummingbirds”, a fusion of acoustics and electronics, seems to remind us of the harmonic humming sound this amazing bird’s wingbeats make in aerodynamic force while flying and hovering to feed. Another wonder of nature.

Another favorite of mine is “Fjords”. Retrospective, introspective, and awesome guitar, piano, drumbeats, synthesizer create an ambiance of adventure and exploration, like witnessing the wondrous glacial formations. “Gratitude” is a lengthier piano-led piece which closes the album with a downtempo, almost bluesy feel, and effectively conveys appreciation for another opportunity to enjoy the beauty in nature and blessing of life.

Gratitude is a lovely, pensive album with a wonderful blend of instruments in evocative arrangements inviting you to close your eyes and let it take you where you want to go. I also think it would be great video music for drone aerial footage of exciting places with majestic scenery. Serene, tranquil, mysterious… it’s the perfect soundtrack for your early morning walk or nature hike, or just to watch the setting sun from wherever you are.