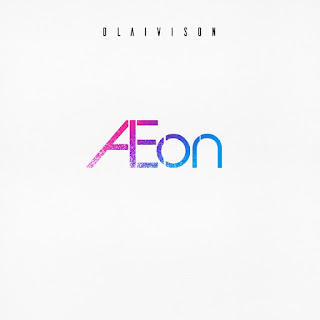 Aeon is the sophomore full-length release by Brazilian-based electronic music composer Dlaivison, and follow-up to his impressive 2016 debut album, Sign of Us. Continuing in a similar mode to that recording while further expanding upon his style, Dlaivison once again creates a fascinating sound collage of space-techno panoramas that convey an interstellar fantasy adventure. Comprised of ten compositions spanning approximately 52 minutes, Aeon is overall characterized by cinematically futuristic and symphonic synth arrangements that are variably underscored by alternating processional and pulsar rhythms. Wondrously whimsical with a high-energy vibe, the music herein often brings images to mind of venturing through a cosmic funhouse full of neon lights, as it touches upon stylistic elements of Robert Miles, Cosmic Baby and Jean-Michel Jarre along the way. Playing out like a musical transmission from one distant civilization to another, Aeon seemingly navigates new space frontiers while retaining a constant atmosphere of euphoria and optimism that’s sure to enthrallingly engage the senses! ~Candice Michelle

This album is available at Amazon, iTunes and other music retail & streaming platforms.
on October 08, 2019