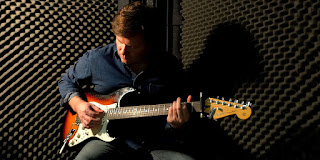 (Above photo by Jeff Towne)

We’re delighted to present a very special interview with Jeff Pearce. He’s an Indiana based musician who composes beautifully ethereal ambient guitar music, and is one of the pioneers of the ambient guitar style. Jeff has released a gorgeous new album called SKIES AND STARS just in time for some cooler weather here in the northern hemisphere. We’ll be speaking with Jeff about the inspiration behind his new album, as well as look back on his career which spans two-and-a-half decades. So please join us for an insightful conversation as we stargaze with guitars!

Jeff Pearce's music is available at Amazon, Bandcamp and other music retailers.
on September 26, 2019